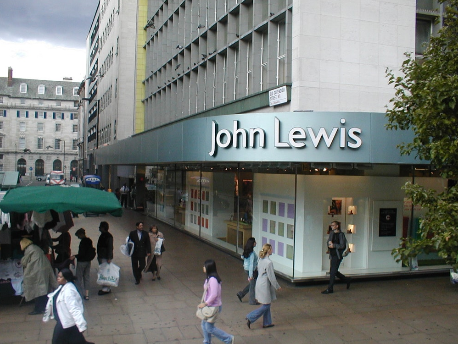 John Lewis loses some of the sparkle as consumer demand looks to hit full year profit.

LONDON – The British high street retailer, that for so long bucked the trend of falling high street profits, has finally succumb, with the announcement of a fall in profits as a result of slowing demand in the UK. The British retailer John Lewis, famed for their television adds that many regard as the start of Christmas, said on Thursday its operations in the vital festive months of the year and into 2018 would be impacted by slowing consumer demand, alongside the increasing costs of its pension funds following a first-half depression in profits.

The employee-owned business, that also owns the popular high street supermarket chain Waitrose, said its profit before tax dropped by 53.1% to £26.9 million.

“We expect the headwinds that have dampened consumer demand and put pressure on margins to continue into next year,”

“We will incur higher pension accounting charges in the second half year, as a result of low market interest rates. These will all impact our full year profits” Chairman Charlie Mayfield was quoted as saying.

The company generates over half of its profits before exceptions during the run up to Christmas. As with many businesses, the festive season is a pivotal trading period that appears to have been dented.

The group is now investing to adapt to changes within the industry, such as the move from retail outlets to online shopping which has also had an impact on profits.

A combination of Brexit and below-inflation pay increases, have resulted in British consumers reducing spending, and moving away from more expensive outlets like John Lewis, moving on to budget retailers. A trend that shows no sign of slowing anytime soon.